Sonata Trading Ltd., an affiliate of Diamond Point Ltd. and Platinum Global Power; led by Jim Braddock, Chairman, William Pendlebury, President, and, Manoel B. Banawa, CEO together with ERG Partners (established in 1981), and, Electric Resource Group Inc. (ERG); established in the U.S. in 1994 (which was co-founded by its Executive Director – CEO, Mr. Manoel B. Banawa) has been operating since 1981 in Los Angeles, California, USA.

Electric Resource Group Inc. – Mach Global Power, a successor in interest of ERG Partners, has expanded tremendously in the recent years. Their expansion included projects for the third world and developing countries in the Asia Pacific Region; thus helping them to achieve self-reliance and sustainable development.Sonata Trading Ltd Group maintained offices and representations in Great Britain, United States of America, Australia and in the Asia – Pacific Regional offices and representations in Hong Kong, Mainland China, Taiwan, Singapore, Japan, South Korea, Philippines and in other parts of the Asia Pacific Region; this, however, creates an established worldwide representations and influence.

These firms was originally organised to develop, own and operate Alternative Energy Facilities, primarily, in electric co-generation plants and power storage systems; including waste reprocessing and plasma gasification projects in Japan, Mainland China, the Philippines, and in the United States of America.

The 21st century poses significant challenges to the world economy. In this instance, the Philippines, with an across border global issues such as in energy, food supply, global environment and poverty, will be the initial location for some of the projects envisioned. In this respect, it is important to assist in the reforms of the Philippines in the economic structure and through the promotion of socio-economic and social infrastructure development; with particular emphasis in the coal mining and electrification program, and transfer of technology. Leading to the economic effects of the expanded employment for its people (including the export of paper-based products to Japan and to other countries for the much needed hard currency earnings), the Philippines will be aided in its economic growth and development. 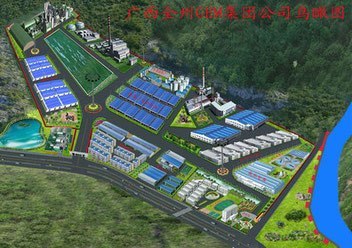 In other countries, Sonata Trading Ltd. Group Partners, an affiliate of  the Diamond Point Ltd. plans to acquire and construct small 1.5 to 10.0 megawatt hydroelectric, biomass-fired, and wind power generation facilities as well as to rehabilitate several existing hydroelectric facilities. In addition, First World Platinum Capital Group Partners will construct a number of small hydroelectric plants in “flow of the stream” circumstances identified in Sri Lanka that will not affect existing riparian rights. Furthermore, Sonata Trading Ltd. and  Platinum Group Partners plans to purchase and build ten small burning facilities to be fueled primarily by bagasse. These installations will have an average generating capacity of 3,000 kilowatts – – with about 1,000 kilowatts to be made available and to be used locally by nearby residents. And, the remaining average of 2,000 kilowatts is transmitted to the interconnection point to the facilities of the electricity organization of countries within our clientele.

In addition, Sonata Trading Ltd. has planned a 200-MW coal-fired cogeneration complex in a joint-venture project with an established chemicals and paper maker in a region of China. The proposed facilities will re-power the existing plant as well as new installations that are used for making paper, industrial gases, cement castings, a dairy, greenhouses, and a distillery. In a separate Project in an existing undeveloped industrial tract under the Sonta Trading Ltd Group has planned a 100-MW coal-fired co-generation plant to produce industrial gases, non-wood paper pulp for export, refined corn products, and concrete castings.

In order to provide more effective and efficient technical and financial collaboration; which carries out in seeking collaborative efforts for financial and investment projects, we are collaborating with both public and private financial and investment organizations in Japan and in other countries. At each stage of the process of drawing up preparation, Sonata Trading Ltd. Group’s Consultancy and Implementation Management Department, together with its staff, are undertaking continuing specific studies, and, participates in technical collaboration that monitors the progress of its projects. Recently, cooperation has been furthered reinforced through the execution of development Group projects. This is achieved through its development studies and carrying out training for its staff as well as dispatching of its specialists to Sonata Trading Ltd. Group’s overseas projects. In these way, Sonata Trading Ltd. Group is tackling the provision of effective and efficient project undertaking, through an even closer collaboration, with its co-participating and co-development organisation.

These relationships are also expected to play a vital role in environmental and social sector issues. Sonata Trading Ltd. Group has held discussions with its co-participating partners and with major financial institutions. They are agreeable to the lending for the proposed project in the Philippines, Mainland China, and other countries involved with the Sonata Trading Ltd. Group projects. Also, they have pointed out the renewed interest in such projects from commercial banks, investors and funding institutions. We believe that loans and funding/investments can finance at least 70% of the total project cost and the balance of the equity investments of 30% will be provided by Sonata Trading Ltd. Group led group consortium. This will take the lead in marketing strategies for some of the products (particularly the paper items).

We have engineers in USA that are in collaboration with Mainland Chinese organisation for the local portion in Mainland China projects which would like to do the preliminary overall design. Recent negotiations were handled by our Sonata Trading Ltd. Group and its collaborating partners along with major U.S. engineering companies that have been recognized by POWER Magazine as one of the best cogeneration design. We recommended that the detailed design be done in the countries with foreign supervision. Procurement and construction decisions are always made in consultation with our partners.